Household mould can be concerning for a homeowner – mainly because of the perceived health hazards. But the fact is, there are thousands of mould species, and most of them are considered harmless. There are cases, however, when a homeowner may require mould removal in Toronto (including black mould removal). 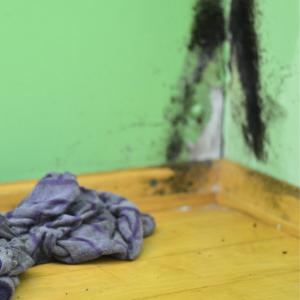 The critical thing with mould is to clearly identify the mould species and determine if there's any danger. Black mould, for example, would be concerning. This would definitely require professional black mould removal because of the potential health risks. As such, professionals can recognize and classify different mould types.

Whatever the mould outbreak, it’s often difficult to pinpoint the source, especially if the mould is hidden behind a wall or somewhere in the attic. The priority is to identify the source of the mould outbreak and the nature of the species. This is where an experienced mould technician is required – to classify the species and correctly determine if there are any potential health hazards. In general, a technician will assess the mould based on three primary categories.

Moulds come in all shapes and colours. That’s why it’s crucial to identify the species and assess any apparent health hazards. The most common mould species found in the house include aspergillus, penicillium, cladosporium, trichoderma, fusarium, and stachybotrys (this is black mould).

Aspergillus, for example, is an allergenic mould most commonly found on food and in the AC system (air conditioning) of a home. Cladosporium is the mould that often grows on the toilet and on fibreglass air ducts. For the most part, moulds are not toxic to humans, but they can certainly trigger symptoms.

At Canada’s Restoration Services, technicians follow a 6-step process to ensure safe and effective mould removal. CRS technicians are IICRC Certified and experts in their work.

At Canada's Restoration Services, our certified mould professionals service customers throughout the Greater Toronto Area. When urgency is required, we have a division that operates around the clock. Find out more by visiting our website at www.canadarestorationservices.com or calling direct at 1-888-551-0514.