Why Aspergillus Mould Testing in Edmonton Is Crucial

Edmonton summers are becoming increasingly more humid, resulting in mould becoming a household issue. If you suspect your home has excessive humidity, it’s well-advised to get a mold inspection in Edmonton. Some types of mould are more harmful than others, and aspergillus mould falls into the dangerous category. Unfortunately, aspergillus mould is a common type of indoor and outdoor mould that can have serious effects on your health and air quality.

Canada Restoration Services provides free mold inspections in Edmonton and advanced mould testing, prioritizing your health and home. Our technicians are IICRC certified and adhere to all industry guidelines regarding safe and complete mould removal.

Here’s what you need to know about aspergillus mould and what to do if it’s in your home.

Aspergillus Mould: What Is It? 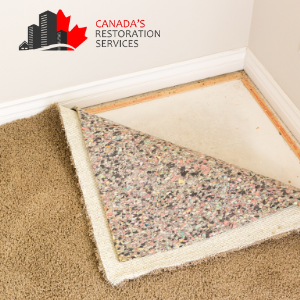 Mould thrives in dark, damp areas that have an excess of moisture and no airflow. Aspergillus mould spores spread in the air, allowing it to grow both inside and outside. If aspergillus mould is in your home, it can appear on damp walls, windows, carpets, and even shoes. Additionally, window unit air conditioners are highly susceptible to aspergillus mould if the filters aren’t kept clean due to the lack of airflow and light.

Outside, you can find it on dead leaves, vegetables, and other compost. To identify aspergillus mould, it has a unique colour pattern; it begins as white, turns green or black, and finally turns yellow.

Aspergillus can trigger more than allergy-like symptoms. It can cause severe anaphylaxis. Exposure can also lead to infections of the blood vessels or respiratory system.

Aspergillosis is the most common result of aspergillus mould exposure. It’s an infection that targets the respiratory system and lungs and is severe for people with weakened immune systems or asthma. Symptoms of aspergillosis can include joint pain, migraines, wheezing, and fevers. These symptoms may not present immediately following exposure but can progress over time, and symptoms can worsen.

If you happen to suspect mould in your home, contact Canada Restoration Services for accurate 3rd party mould testing, where we can correctly identify the type of mould and begin abatement.

In order to prevent any health problems from aspergillus mould, contact a professional for mould testing and remediation. Our certified team of experts performs air quality tests, mould swabs and immediately identifies the source of the mould growth.

Don’t try to test for mould yourself. If you find yourself developing any symptoms related to mould, leave it alone and call a professional. Mould should be cleaned regardless of what type it is, and a certified service can do that for you.

Canada Restoration Services provides free mold inspections, and we want to educate and advise homeowners on how to prevent further mould growth. Not only will we come within 45 minutes of your emergency, but we will also provide you with an estimate in a timely manner.

Contact Canada Restoration Services today for mould testing and inspection in Edmonton, where we prioritize your health and safety.