A Brief History of Asbestos in Vancouver

The City of Vancouver was officially incorporated in 1886. Nearly 20 years later, at the turn of the century, asbestos fibres were commonly used in much of the construction of the city’s infrastructure to help pave the way for the metropolis that stands today. As a result, asbestos abatement in Vancouver is still required today in public and residential properties.

While Vancouver slowly grew to become British Columbia’s most populous city throughout the 20th century, the small town of Cassiar in the northern part of the province was home to an asbestos mine.

Established in 1952, the Cassiar mine attracted an estimated 50,000 workers from more than 100 countries. But this was long before people truly understood the grave health risks associated with breathing in asbestos. The mine closed in 1992, eight years after the Ontario Royal Commission suggested a ban on crocidolite and amosite, the two of the more dangerous types of commonly used asbestos.

Today, Canada’s Restoration Services offers asbestos testing in Vancouver and the surrounding areas, so property owners can safely identify whether building materials around them are contaminated with any type of the mineral.

When Was Asbestos Used? 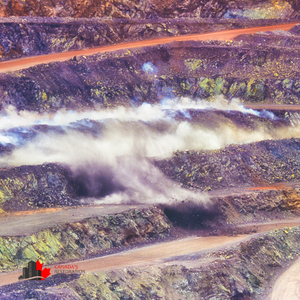 As noted by Owen Munro in the Vancouver Sun, the use of asbestos as an insulator was not only common in Vancouver in the early 1900s, but it was widespread across Canada at this time. It wasn’t until the early 1990s that the use of asbestos fibres was discontinued in the construction of homes and building materials. Just like the rest of the country, companies began working towards asbestos abatement in Vancouver.

Why Was Asbestos Used?

According to Munro, the everyday use of asbestos fibres in building construction was simple: not only did it make for sufficient insulation, but it was fire resistant and incredibly affordable. Some of the most common products that undergo asbestos testing in Vancouver included flooring, ceiling and roofing tiles, insulation, pipes, duct wrap, drywall, and cement.

But despite its popularity, the health hazards associated with asbestos were already on the radar of Canadian health authorities in the 1920s. Before asbestos abatement in Vancouver became the norm, the Canadian Labour Congress notes that it was around the 1920s when the Metropolitan Life Insurance Company created the Department of Industrial Hygiene at McGill University, where it was believed that asbestos fibres were making workers ill and causing a “dust disease” of the lungs.

Asbestos Was Mined in B.C.

As noted earlier, the town of Cassiar in northern British Columbia attracted tens of thousands of workers during the 40-year operation of its asbestos mine.

In 2017, Vancouver-based writer Susan Main spoke to a man named Trevor who grew up in Cassiar in the 1960s. He recounted school grounds covered in blue, smooth asbestos rock and running his hands through a white powder which was in fact, raw asbestos dust.

And while Trevor showed no signs of illness related to asbestos exposure, WorkSafeBC notes that breathing in asbestos fibres can lead to a number of long-term health problems, including lung cancer, mesothelioma, and pleural thickening.

What To Do If Asbestos Is Found On-Site

WorkSafeBC highlights that asbestos is most commonly found in older buildings. If one suspects asbestos that is present, refrain from touching or moving it. Instead, contact a qualified professional.

Canada’s Restoration Services is a proven restoration company whose services not only include asbestos testing in Vancouver and removal, but they also conduct mold removal, water damage repair, smoke and fire damage restoration, and more.

If you suspect asbestos is present in your space, contact Canada’s Restoration Services immediately, as they conduct asbestos testing in Vancouver, Toronto, Ottawa, Montreal, Edmonton, and Calgary. Through inspections and third-party lab testing, Canada’s Restoration Services identifies any asbestos-containing materials on your property and the level of danger it presents before moving onto a full-scale asbestos removal.

Call us today to speak with an asbestos expert at Canada’s Restoration Services.